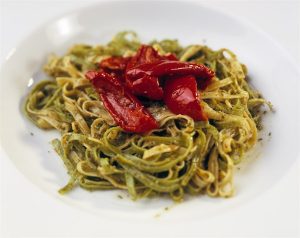 iB Food is a leading UK supplier and wholesaler of high quality dried egg pasta and dried durum wheat pasta for chefs, restaurants, catering and the whole food service sector. Our aim is to help the caterer recreate the exciting flavours of authentic Italian and Mediterranean cuisine to a consistent quality using the minimum of labour and time. iB Food’s range of speciality meat dishes are made by traditional methods using authentic recipes from the Emilia Romagna region of northern Italy. 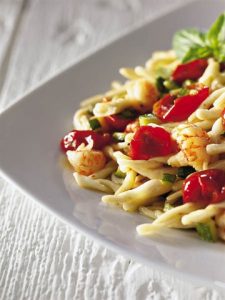 The Japanese do it, the Swiss and Germans do it, the French have been known to do it and even the ancient Greeks did it – eat pasta that is. Today pasta has become a dietary staple all over the world and although records show that the Chinese were eating noodles as early as 5000 B.C., no one knows for sure where it originated.

At iB Food, one thing we are certain of is that nothing beats the taste of authentic Italian dried egg pasta. Maybe it’s the insistence on using the freshest, natural ingredients or the passion and dedication with which it’s made that helps create the distinctive taste and texture – the perfect partner to an infinite variety of sauces, meat, vegetable and fish dishes. We want to encourage increased popularity of the wonderful pasta that has formed the staple diet in some parts of Italy for centuries.

That’s why our unique range of 36 plus different dried egg pasta shapes reflect traditional regional Italian cuisine. For example, Tonnarelli, or guitar strings as it is known, is square shaped spaghetti which originates from the Abruzzo region. Delicious served with iB Food’s Walnut and Five Cheese sauces.
Our pastas look and taste like home made and are available in many unusual shapes and sizes. Overleaf we provide advice on choosing and using our pasta. Try it and see. We guarantee you will not be disappointed.

Dried egg pasta remains al dente for longer (can therefore be reheated to order and can be used in salads without losing its shape, flavour or texture), or ideal for hot plate service.

Dried egg pastas from iB Food are made with 7 eggs to 1kg of flour which gives a much superior flavour and texture with better sauce retention.

Dried egg pasta grows more than any other type of pasta – 100g dry weight of short shaped pasta gives a yield of 240g when cooked.

Dried egg pasta stops cooking as soon as it is taken out of the cooking water, unlike dried pasta which absorbs up to three times it’s weight in water and so continues cooking after draining until it has cooled completely. This is why dried pasta and fresh pasta often leave a residue of water on the plate after serving.

Dried egg pasta is ready to serve in approx 7 minutes less than half the cooking time of certain dried pastas.